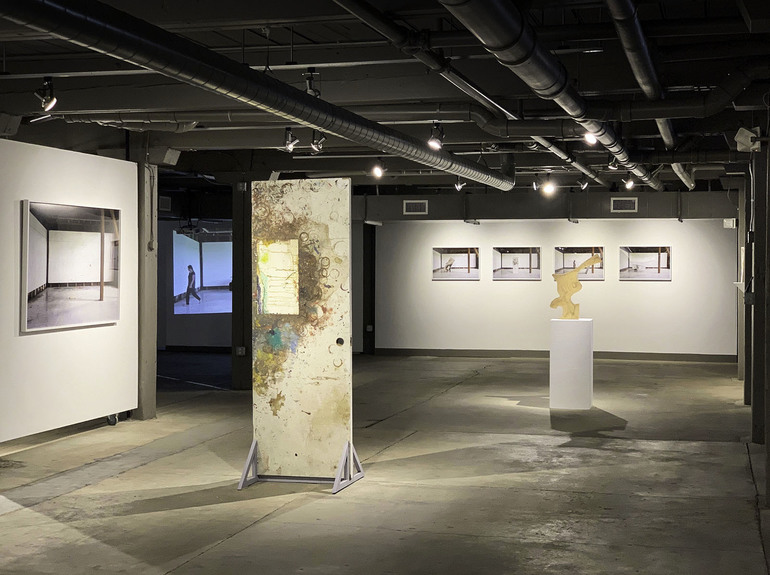 Using my body as a medium to revive the Murray studio, I gradually developed a series of actions and movements repeated over the course of a given day.

I set up my camera in a fixed position in the middle of the studio and recorded my daily practice for 28 days. I observed and examined the space, animated her objects through interaction, and created a series of dance movements and watercolor drawings that mirrored the marks on the walls. In addition, during the performance I read fragments of underlined text from Murray’s personal art book collection and intimate, unknown handwritten poetry I found in Murray’s home library.

This exhibition presents a 5 hour-long video that captures the full scope of my daily performance, a series of photographs depicting discrete choreographic gestures from the durational, time-based work, watercolor drawings replicating marks in Murray’s studio, as well several of Murray’s studio objects—such as a ladder, palettes, door and painting tools—which I used as props in my movements.